Venus, Empires of the Mediterranean ex Venice to Athens 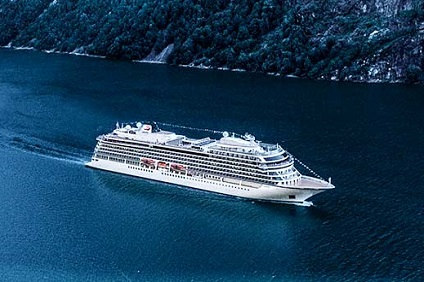 9 Night Cruise sailing from Venice to Athens aboard Viking Venus.

9 Night Cruise sailing from Venice to Athens aboard Viking Venus.

Ten days. Nine magnificent destinations. One epic journey. Cruise the Adriatic and Aegean, taking in all the riches of this fabled region. On an exploration bookended by iconic Venice and Athens, discover the ancient ruins of Olympia and the Acropolis. Explore the medieval warrens of Zadar, Dubrovnik and Kotor. Delight in the beauty of Corfu. And for the first time, Viking takes you to Koper for an in-depth exploration of picturesque Slovenia.

Venice, Italy
Step on board in Venice, the magical city renowned for its art, architecture and culture. Watch the sunlight dapple on the water as we ease our way through the archipelago. We remain docked here today, providing you with ample time to explore the city.

Zadar, Croatia
Explore remarkable Zadar, once an island separated from the mainland by a deep moat. The capital of independent Dalmatia for a millennium, Zadar’s impressive city walls attest to its might. A walking tour leads you along a maze of cobblestone streets through its magnificent Old Town, a remarkable repository of red-roofed, medieval stone houses. During your tour, stop to admire its three stunning churches in bold Romanesque. Perhaps you’ll also stroll the Riva, the picturesque seafront promenade where acoustical tubes embedded beneath large marble steps sing the song of the city with every lashing wave.

Kotor, Montenegro
Spend the day traversing the medieval streets of this historic Montenegro town with a walking tour. Pass by Venetian walls constructed in 1420, en route to the Cathedral of St. Tryphon, built in 1166. Notice its mismatched towers, the result of an earthquake and a budget too small to rebuild properly. Included on this tour is a visit to the Maritime Museum, which documents Kotor’s heritage. As an option, venture to the small towns of Budva and Sveti Stefan, the latter once a hideaway for the rich and famous.

Olympia (Katakolon), Greece
Visit the quaint Greek port of Katakolon, huddled around a pretty little harbor dotted with colorful fishing boats. During your visit, venture into the fertile valleys of the western Peloponnese to the legendary city of Olympia, classical birthplace of the modern-day Olympic Games on the slopes of Mt. Kronos. Walk among the ancient city’s ancient ruins with an expert guide and historian, admiring the remains of temples, the Palaestra, or wrestling school, and the Gymnasium. You will gain insight into the very first Olympic Games at the fascinating museum.

Athens (Piraeus), Greece
Today, you will have the opportunity to journey into ancient Athens via a panoramic drive, passing the promenade at Mikrolimano as you enter the city’s heart. There, you will see the Hellenic Parliament, Constitution Square, the Panathenaic Stadium, the Temple of Zeus and the iconic Acropolis. Explore the bustling Plaka District at the base of the Acropolis. Or as an option, explore the interior of this UNESCO Site; climb 80 steps to the entrance and glimpse an unforgettable view of the Parthenon at its peak.