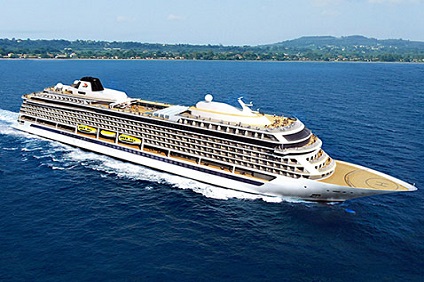 7 Night Cruise sailing from Athens to Rome aboard Viking Sky.

7 Night Cruise sailing from Athens to Rome aboard Viking Sky.

Travel through waters once ruled by mighty empires and flourishing city-states during an insightful 8-day cruise from Athens to Rome. Immerse yourself in Athens, the “birthplace of democracy,” and admire the famous Acropolis and see the bustling Plaka District. See remarkably preserved ancient ruins in Ephesus and discover Crete, the former seat of the once flourishing Minoan kingdom. Visit Messina, Sicily’s cultural crossroads, and Naples, gateway to Pompeii.

Athens (Piraeus), Greece
Step on board to begin your journey. The ship will be berthed in Piraeus, the close to Athens. Relax and settle in to your stateroom, perhaps also unwinding at our Infinity Pool.

Crete (Souda Bay), Greece
Disembark today in Souda Bay, an important port since antiquity because of its natural harbor and location along Mediterranean trade routes. Visit the remnants of the once grand Palace of Knossos, the center of the Minoan kingdom that ruled over the island of Crete from approximately 2600 to 1100 BC. Or, tour an olive oil factory and winery to learn how these ancient Cretan traditions are influenced by modern production techniques. Alternately, see the influences of former rulers such as the Venetians and Ottomans during a walking tour of Chania’s Old Town.

Naples, Italy
In Naples, your choice of excursions abounds. Take in magnificent examples of Greek and Roman architecture and the Piazza del Plebiscito, the grandest public square in the city, facing the former Royal Palace of the King of Naples. Optionally, also explore Herculaneum, Italy’s “other” Pompeii, drive along the stunning Amalfi Coast, or take a trip to the summit of Vesuvius. In your spare time, sample a hot espresso, a slice of pizza (the world’s first pizzeria opened here in 1830) or a locally made limoncello. 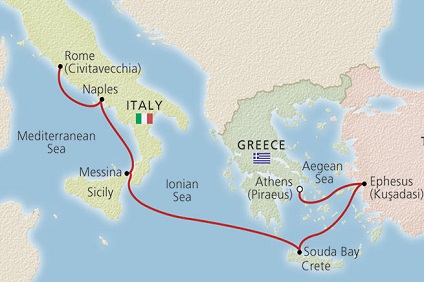